The Law Office of Barry E. Janay, P.C. (“LOBEJ”) is responding to the COVID-19 crisis in real-time as the situation continues to develop. Presently, LOBEJ is open and working at nearly full capacity. However, to protect our team, all of our offices are closed to visitors and most of our team is working remotely. We are available to respond to our clients’ needs as usual. We appreciate your continued confidence and your business. On behalf of all LOBEJ team members, we are mindful and appreciative of our relationship with you and look forward to supporting you during this crisis. Please continue to look to this page for updates on our operations and continuing guidance from our attorneys on subject matters relevant to you personally and your businesses as we make our way through this crisis together. Learn More >

Aircraft Buy and Sell Agreements
The Law Office of Barry E. Janay assists in cases pertaining to the application of aviation law. One of which is the Aircraft Buy and Sell transaction which has the following conditions to be met.   As a private pilot, Barry E. Janay, Esq. is uniquely qualified to represent aviation businesses and pilots.  The Law Office of Barry E. Janay, P.C. can draft sale and purchase agreements for private aircrafts including in circumstances in which:

The expertise of the Law Office of Barry E. Janay, P.C. relative to Aviation Law focuses  from Initial Considerations up to Appeals, if the initial decision is not favorable.

It also assures that during any stage of the proceedings, the office is at the best service to successfully handle the case.

FAA Compliance
Searching for the right firm to help you become a registered FAA? Search no more, you just have landed on the right one. The law office of Barry E. Janay provides airmen the needed assistance to become an FAA registrant at the earliest time possible.

Medical Certification Issues
The Law Office of Barry E. Janay is also expert in handling and solving cases of Airmen who have encountered issues on medical certifications such as but not limited to heart or vascular trouble, high or low blood pressure, suicide attempt, neurological disorders and diabetes which hinder them from becoming a competent Airmen.
In addition, the office is knowledgeable of the Aviation procedure that will lead to the resolutions of the medical certification issues faced by these Airmen.

NTSB Representation
What better firm to aid airmen who have been prejudiced of their right to the renewal of airmen certificates including medical certificates than the office of Barry E. Janay? The office has excellent background of remedial procedure concerning the adjudication of NTSB appeals regarding the denial or miscarriage of certificate actions. It secures that airmen will get a good judgment in their favor.

REGULATION ISSUES
The Law Office of Barry E. Janay, P.C. can represent clients in FAA enforcement actions. Having an experienced aviation attorney will help prevent misconceptions when dealing with other lawyers. The aviation industry is heavily regulated and many individuals and businesses have difficulty navigating all of the rules and laws passed by congress and enforced by federal agencies.

AVIATION ACCIDENTS
Understanding the causes of aviation accidents, the long-term effects on those injured or harmed, and the legal implications involved, is extremely important. The Law Office of Barry E. Janay, P.C. can represent clients in personal injury and wrongful death litigation arising out of aviation crashes, and aircraft purchase agreements. 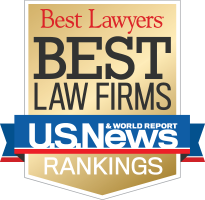